With a new baby on the way, John Legend and Chrissy Teigen are getting their household in order. The Hollywood power couple last week put their contemporary home in the 90210 area up for sale at $23.95 million.

That’s about $10 million more than they paid for the place when they bought it in 2014 from Rihanna.

Legend and Teigen made some dramatic changes to the modern showplace during their stay, turning the exterior from white to gray and touching up the interiors with cerused oak floors, hot-rolled steel walls and bespoke patterned ceilings from Thailand.

With 8,500 square feet of living space on nearly an acre, the modern showplace holds seven bedrooms and eight bathrooms across two stories.

A grand parlor with a sculptural staircase under 33-foot ceilings kicks things off, leading into a step-down great room with a two-story wall of glass. Other highlights include a chef’s kitchen, formal dining room, movie theater and gym.

In the living room, a grand piano is surrounded by music awards (Legend is one of just 16 people to have won an Emmy, a Grammy, an Oscar and a Tony — an achievement referred to as an EGOT).

The master suite expands to one of three balconies, all of which overlook a scenic backyard with a heated saltwater pool, a spa and a pergola wrapped in creeping vines. The hillside estate takes in sweeping city and canyon views.

Teigen, 34, is a television personality, model and author. She hosted “Lip Sync Battle” from 2015 to 2019. She currently appears on “Chrissy’s Court,” a new court show on the short-form-video platform Quibi.

The couple announced this month they are expecting their third child.

Glamming it up in Laurel Canyon

KISS rocker Gene Simmons is hoping for a hit in Hollywood Hills, where his scenic canyon retreat just hit the market for $2.2 million.

Perched at the top of a gated road in Laurel Canyon, the private hideaway takes in sweeping city views from three levels of decks, as well as a tiered backyard with a dining area down below.

Four bedrooms and two bathrooms complete the interior, including a master suite with polished concrete floors and a wooden reading alcove lined with shelves. It also expands to one of the home’s three decks.

A native of Israel, Simmons, 70, co-founded KISS in the early 1970s and serves as the band’s bassist and vocalist. Known for their over-the-top makeup and costumes, the New York group has released 20 studio albums and is one of the bestselling bands ever, with more than 75 million records sold.

Lisa Young and Kennon Earl of Compass hold the listing.

Closing a case in Encino

Actor Shemar Moore of “Criminal Minds” fame has ended his hunt for a buyer, selling his longtime home in Encino for $2.4 million.

The yellow Spanish-style house, built in 1963, was extensively updated during Moore’s stay and features dark wood floors, high ceilings and an upgraded kitchen. Some 3,600 square feet of interior space includes five bedrooms and bathrooms plus a bonus room for an office/gym. French doors in the dining room lead to a front terrace.

Outside, more than a quarter of an acre of grounds contain a custom swimming pool, a fire pit and patio space.

The property came up for sale in March shortly after Moore closed sale on another home in the San Fernando Valley. He had owned the place since 2007.

The 50-year-old actor is also known for his long-running roles on the daytime soap opera “The Young and the Restless.” He currently stars on the show “S.W.A.T.,” now in its third season.

Filmmaker shakes up his setting

Frank Darabont, the director-screenwriter-producer of “The Shawshank Redemption” and “The Green Mile” fame, has put his home in the Hollywood Hills on the market for $2.5 million.

Built in 1950, the ranch-style house sits on about half an acre surrounded by mature trees and landscaping. Expanded by architect Richard Best, the split-level interior features wood-trimmed doors and windows, hardwood floors and skylights that flood the interior with natural light.

A dual-sided river rock fireplace anchors the living room and den, which sits beneath vaulted and beamed ceilings. The updated kitchen is equipped with custom cabinetry that blends in with the home’s wood details. Former actor Joseph Cali, now the owner-operator of a high-end audio-video business, installed the home theater. Three bedrooms and two bathrooms complete the 2,439-square-foot floor plan.

Outside, the palm-dotted grounds contain a free-form swimming pool and spa. A small grassy area sits above the pool.

Darabont, 61, received Oscar nominations for his work as director and screenwriter for “The Shawshank Redemption” (1994) and “The Green Mile” (1999). On the television side, Darabont developed the AMC series “The Walking Dead” and was an executive producer for the show’s first two seasons.

He is also the creator of “Mob City,” the neo-noir crime drama based on John Buntin’s 2009 book, “L.A. Noir: The Struggle for the Soul of America’s Most Seductive City.”

A tie to The Times

In Pasadena, an English Country-style estate with a historic past and recent rebirth just hit the market for $12.8 million.

The stately manor was built more than a century ago by Stile O. Clements, the architect behind such L.A. staples as the Mayan Theater, Wiltern Theatre and Richfield Tower. Dubbed the Chandler Estate, the grand residence takes its name from former owner Philip Chandler of the iconic Chandler family, members of which ran the Los Angeles Times for more than a century and became real estate moguls across Southern California.

More recently, it was scooped up by a Chinese billionaire for $5.8 million in 2012 and underwent a dramatic remodel before it was named the Pasadena Showcase House in 2014.

Set on 3.5 acres, the verdant property holds a seven-bedroom, 10-bathroom house surrounded by outdoor amenities. There’s a swimming pool, a tennis pavilion, a sports court, a carriage house, a spring house and a greenhouse. A rose garden sits among manicured lawns and lily ponds. The property also has a private well.

Half-timbering adorns the exterior of the main home, while inside, redwood walls and oak floors bring color to spacious formal rooms with high ceilings. Throughout the two-story floor plan, lattice windows overlook the landscaped grounds complete with 300 trees. 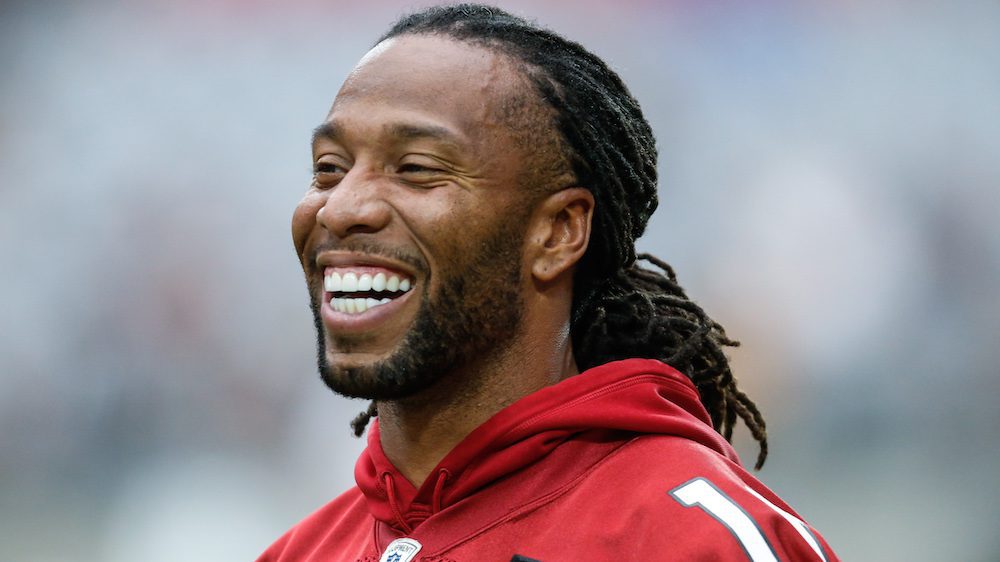