Abel Tesfaye, the singer-songwriter-producer better known as The Weeknd, has listed a Hidden Hills home he owns in a trust for sale at $24.995 million.

The listing comes roughly eight months after the Grammy Award-winner bought a full-floor penthouse at the Beverly West building in Westwood for $21 million, The Times previously reported.

The massive spread sits among redwood trees on nearly three acres in the guard-gated equestrian community. A basketball court, a swimming pool and spa, a cabana and a barn are among amenities on site. Some nine bedrooms and 11 bathrooms include a detached guesthouse.

The main house, designed as a contemporary play on farmhouse design, has gallery walls, high ceilings and wide-plank floors. Formal living and dining rooms flank the two-story entry, which is underscored by a window-paneled front door. Custom lighting draws the eyes from the dining room to a glass-enclosed wine cellar across the hallway.

Two marble islands with waterfall edges anchor the kitchen, which opens to a family room with a bar. There are seven fireplaces including one in the den.

Tesfaye, 30, bought the property through a trust three years ago for $18.2 million, records show.

The Canadian singer has hits that include “Can’t Feel My Face” and “The Hills.” He has won three Grammys, including one for his 2018 album “Starboy.” His fourth studio album, “After Hours,” was released in March and features the singles “Heartless” and “Blinding Lights.”

Angel Salvador of the Agency holds the listing. 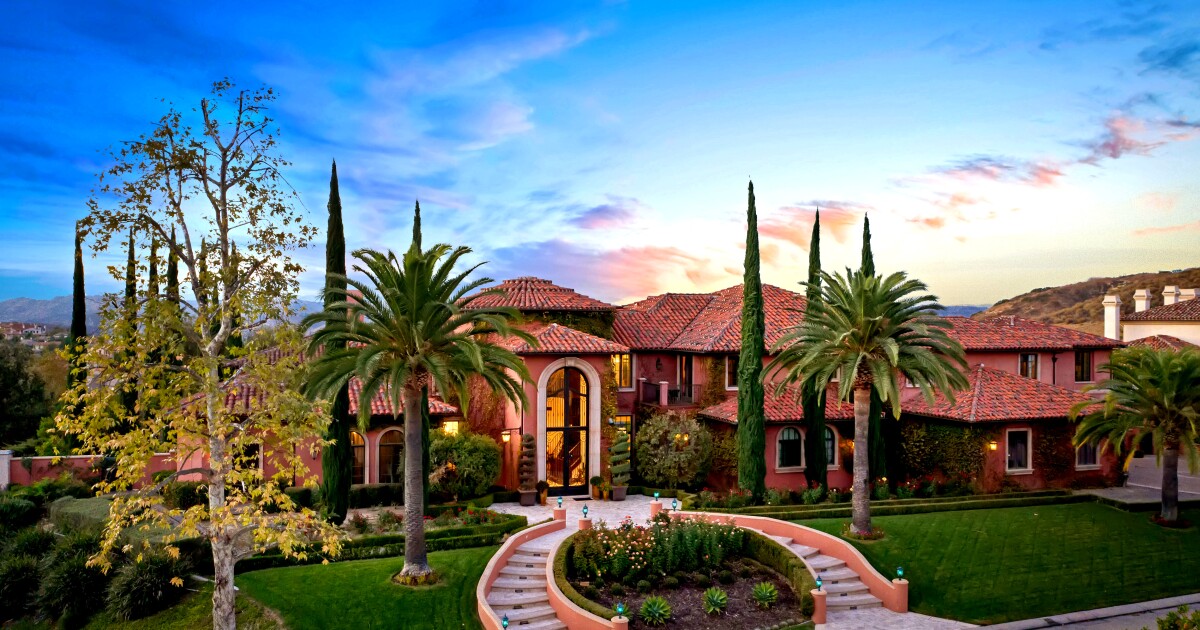