In Palos Verdes Estates, a Spanish Revival-style home built for Fred Roessler, the city’s first mayor, is on the market for $19.5 million.

Roessler was instrumental in the efforts to incorporate Palos Verdes Estates, which was established as a subdivision in the early 1920s before its incorporation as a city in 1939. A chemist and veteran of World War I, he served as the city’s mayor from 1940 until his death in 1965 at 71.

Originally built in the 1920s and reconstructed in 2006, the landmark property crowns a 3.17-acre hilltop, allowing for ocean views from nearly every room.

Arched windows, stenciled beams and grand fireplace mantles are among details of the roughly 13,000-square-foot home. The kitchen is outfitted with dual islands and a range built into a massive stone hearth. Artistic barrel-rolled ceilings top the home theater, which has tiered seating.

Other features include an elevator, a wine room, a dry sauna and a steam room. Including a two-bedroom guesthouse, there are seven bedrooms and 15 bathrooms.

Outside, steps lined with colorful tile risers descend to a swimming pool and spa. A tennis court, a putting green, a barbecue pavilion, lawn and mature trees fill out the grounds.

The property originally came up for sale last year at $27.5 million, according to the Multiple Listing Service. It has changed hands just twice in the last three decades, selling in 1987 for $1.5 million and in 2000 for $6.9 million, records show. 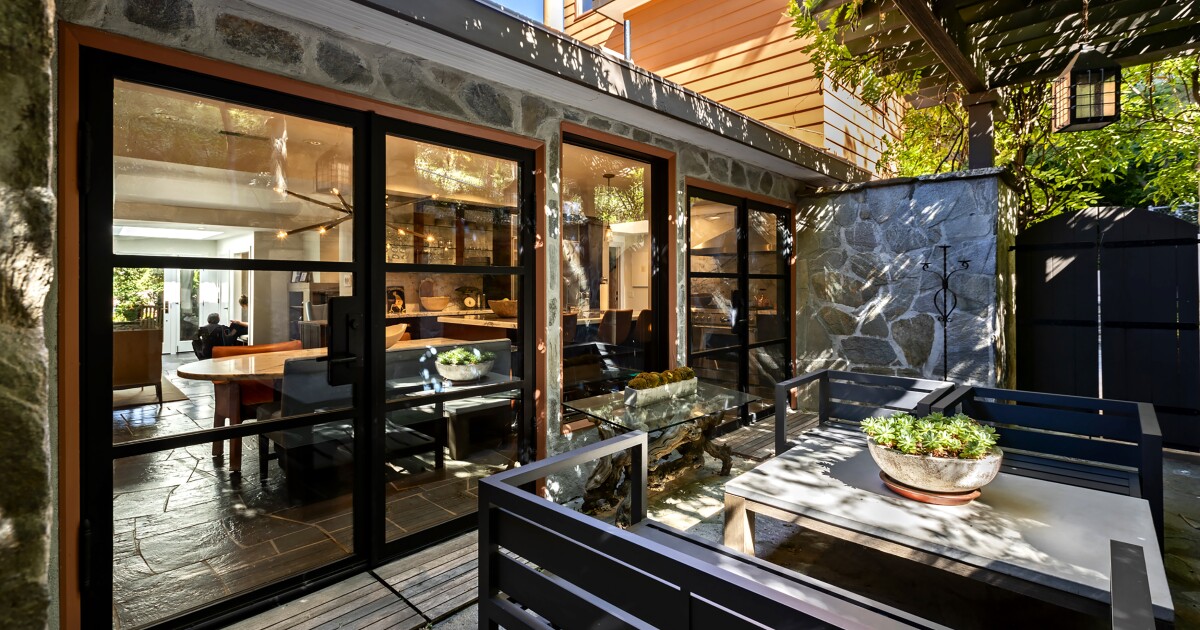 Home of the Week: Adding a few twists in Sherman Oaks

Aug 08, 2020James
Two massive pyramid skylights let in the light at this Sherman Oaks house, which incorporates rough stone siding and a few other twists into its