The Sony Pictures Animation campus in Culver City has been acquired for about $160 million by Hackman Capital Partners, which has emerged as one of the region’s largest studio landlords.

The three-building office complex at 9050 Washington Blvd. is across the street from Culver Studios and office and retail complex Culver Steps, which are also owned by Hackman Capital.

The Art Deco-style Sony Pictures Animation facility dates from the 1990s and is leased to Sony Pictures Entertainment’s animation team as an extension of Sony’s neighboring studio lot in downtown Culver City. Its three buildings house 182,000 square feet of offices.

“The campus is uniquely situated in an area that has become a hotbed for creative industries,” Chief Executive Michael Hackman said.

Investment in properties catering to the thriving entertainment industry has been one of the bright spots in the local office market, which has struggled with occupancy during the pandemic.

Among the partners’ holdings are Television City Studios in Los Angeles, MBS Media Campus in Manhattan Beach and Silvercup Studios in New York.

Hackman Capital announced last week that it has taken over management of Raleigh Studios in Hollywood as part of a venture with Raleigh Enterprises. 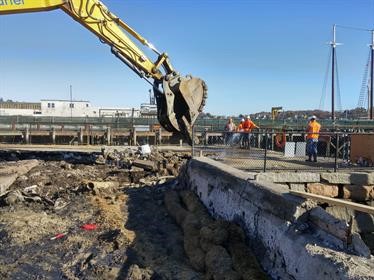